This past spring break gave me some time off from focusing on my studies—so instead, I chose to focus on me.  That might seem odd, but sometimes I get so wrapped up in my school life that I tend to ignore what is really going on, just me living my life.  As a freshman in college, something that is always on my mind is my future; where will I be in 1 year, 5 years, 10 years?  This can easily escalate into overwhelming and stressful thoughts, when I am not exactly sure about how I will fill in the blanks.  There are a lot of unanswered questions there, and that scares me.  But the one thing that stands strong and clear is that I want to make a difference in the world.  That is one of the reasons why I became inspired to start the Armed RevolutioKnits.  I wanted to combine two things I love and am passionate about—being creative and human rights—and channel this into something that could have a positive impact upon others.

While doing a little soul-searching, I came across an article called Lessons to My Younger Self: A Series by Inspiring Women.  The piece showed me that I don’t need to worry about the future so much as just happily absorb every moment of the present.  What’s more, I realized I don’t need to be afraid.  Friends and family often describe me as a dreamer, or an optimist, as if it were a bad thing.  But I believe in myself and in my dreams, and just because they are wild, imaginative, and crazy doesn’t necessarily make them impossible.  Besides, you can’t win if you don’t play the game. 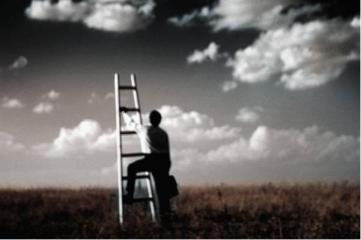 I dedicate this post to you, readers.  Dream big. Conquer fear. Do the impossible.  And please, read the article.  It shares advice and stories from women who did just those very things, and made it to the top. Even if you are not a woman, this applies to everyone.  Learn from their experiences, and what they would have told their younger selves.

…Unless of course, you’d rather learn things the hard way?

I didn’t think so.

Sometimes I hate being a woman.

I hate being a woman because I hate being afraid. I hate second-guessing myself. I hate doubting my abilities.

One of the things that I’ve always been told, as a result of one wave of feminism or another, is that I can do anything I want all by myself. As a woman, I don’t need to depend on anyone to take care of me–I can be independent.

But that’s not true in this world.

What is true is that I can’t go anywhere by myself without fear. Men can, for all intensive purposes, move freely through the world. Perhaps they risk getting mugged, or risk having racial slurs thrown at them. But those things don’t happen to them because they are men. Those things happen because they are the “wrong” race or look like they might have money in their pocket or they just happen to be sitting next to a crazy person on the bus.

These things happen to women not because they look like they have something valuable in their purses or because they’re the wrong color in the wrong part of town.

These things happen because they are women.

So many times in my life have I doubted myself. I’ve cancelled plans and not done things that I really wanted to do because my boyfriend or my friends couldn’t go with me. I’m a solitary person usually; I like being alone, and I like being independent. But I can’t do that in this world.

Because I am a woman, I constantly need a chaperone.

Or mace or years of self-defense training or a concealed weapon.

When people ask why these things happen, the response is usually, “That’s just the way it is.”

People can say all they want about women being totally capable of being equal with men in our society. But if I can’t reach that full potential because I am afraid of living in this world by myself, then it is an unfair contest.